So I’ve been listening to a lot of Alestorm lately, (check out No Grave But The Sea, it’s awesome), and it got me thinking: Modern “pirate” music has to be influenced by movies; like, culturally this is where we get our idea of what “pirate music” should sound like. So would it be fair to say that a movie composer like John Williams or Hans Zimmer could be the “father of modern pirate music”?

[If you want the answer but don’t care to take this short journey with me, skip to the paragraph above the picture]

To find out, I did a google search for “oldest pirate movie“, and google gave me a pretty complete list of pirate movies all the way from The Black Pirate in 1926, through 2017’s Pirates Of The Caribbean: Dead Men Tell No Tales. PotC movies obviously sound similar to Alestorm; the first one came out in 2003, while Alestorm’s first album, Captain Morgan’s Revenge, was released in 2008 (though they got their start under the name Battleheart in 2004). But what was the FIRST pirate movie to have this recognizable “pirate” sound?

Well I started with The Black Pirate (which is available on Amazon Prime, surprisingly) (music composed by Mortimer Wilson), and musically it’s exactly what you’d expect from a 1926 film: generic motion-picturesque music obviously influenced by the classical music that was popular at the time. I needed to look significantly farther ahead in time if I wanted to find the influence for the modern pirate sound.

Next, I jumped up to the soundtrack to Hook (1991) (composed by John Williams), and found it to also have a very Disney-ish generic kid’s movie sound, in my opinion. It just wasn’t what I was looking for. So had I not come far enough forward? Was Pirates Of The Caribbean really the movie that set the standard?

After Hook I checked a few other movie soundtracks, jumping around from Treasure Island (1950), to The Goonies (1985), to Shipwrecked (1990), and finally to Cutthroat Island (1995). After listening to (part of) the soundtrack to Cutthroat Island, I checked a couple of older films to be sure as to whether this was the first or not, but there it was. I had found the sound I was looking for.

Cutthroat Island, 1995, soundtrack composed by John Debney, who, I am making the case here and now, is the father of modern Pirate music. R’amen! 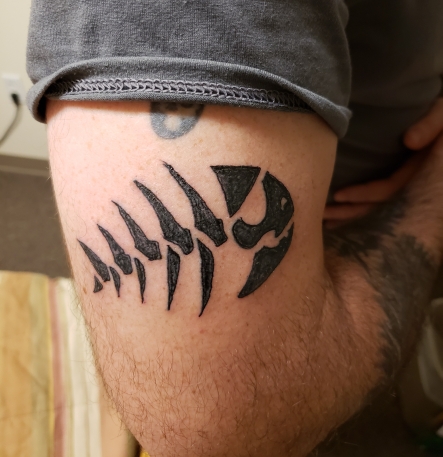 Additional thoughts:
Obviously my point here isn’t that any specific movie music had a direct influence on the band, just that in general movies have shaped our expectations of what pirate music sounds or should sound like.

I’m also betting that John Debney had no intention of his movie score defining how we perceive pirates; he was simply hired to compose the soundtrack, and just like every pirate movie soundtrack before his, the music was almost certainly inspired by previous pirate movies, other movie scores of the time, and whatever John Debney’s personal influences were at the time. Again, I’m not stating that he necessarily started a movement or anything (not deliberately at least), but if we had to put a name to the title of “Father of modern Pirate Music,” his is the one I’d choose.

Listening to really old pirate movie soundtracks and working my way up has shown a kind of evolution of pirate movie music, though I’d argue that before it had the distinctive sound we all recognize now, it was mostly just movie music.

I expect that pirate music will continue to evolve over time, and who knows what it could sound like in 100, 50 or even 20 years from now. There’s also no denying that Hans Zimmer’s music for Pirates Of The Caribbean has been hugely influential (to how we percieve pirate music), due to the success of the movie franchise itself. With this in mind, as pirate music evolves, whether just in movies or as other pirate music bands emerge, prevalence of pirate music portrayed in video games, etc, we will certainly see a shift in the direction the genre (sub-genre? Classification?) moves over time. One can only speculate as to which, and how many, elements of pirate music as we currently know it will be kept, and which will be lost.

And lastly, here I’ll make the plea that if you enjoy a band or artist, support them in any way you can, whether by buying an album, streaming a song, wearing their merch, whatever. The biggest bands in the world started out in a garage or similar space, and without your support they couldn’t record albums, do tours and live shows, etc. Art is about community, and this isn’t just limited to music- sometimes even buying a small piece of handmade jewelry from a friend can help put food on their kids’ plate.