To go along with my Uranium Glass and Other Sources posts, here are the pics of my radium sources; clocks, watches and compasses. In the first couple decades of the 1900’s, radium was painted onto things like clocks because it glows in the dark; hit it with a blacklight, and not only will it glow, but the glow fades away slowly too. Of course, that depends on how depleted the radium is. Again, like with the glass, these are very safe to own and keep, just wash your hands after handling and don’t touch any of the faces directly if you happen to have one missing a cover or something. You will see that some of mine are missing covers, and they are in ziplock bags because of this. Radium is an alpha emitter, so you don’t want to contaminate yourself and then accidentally ingest it. Anyway, all these and more can also be found on my Instagram page. Enjoy! 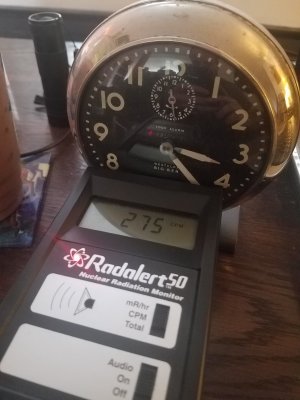 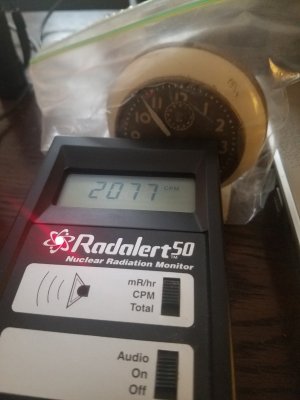 Above: Westclox Big Ben to the left and Baby Ben to the right. The Baby Ben has almost 10x the reading because it is only covered with a plastic bag. 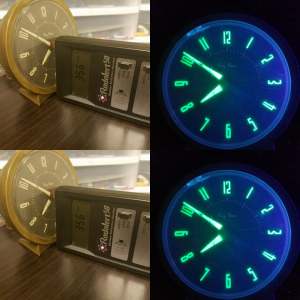 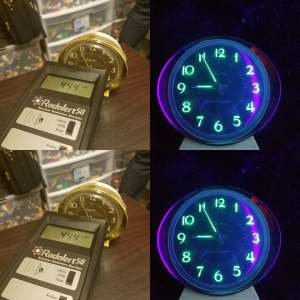 Above: Another Big Ben and Baby Ben. There are a ton of different ones, and you can find Big Bens and Baby Bens that match; I’ve seen Big’s that match both my Baby’s, I’ve seen a Baby that matches this ugly Big Ben. I bought the first Big Ben online after getting a Pocket Ben (pocket watch), picked one that matches it pretty well, now I just need a matching Baby Ben to have the whole Ben Family. 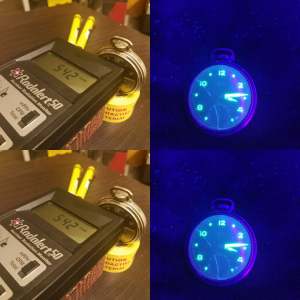 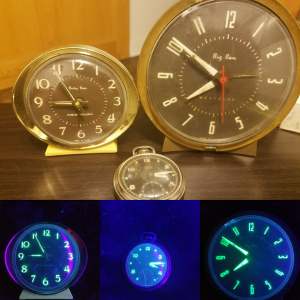 Above: Pocket Ben, and all the Ben Family I had at the time this pic was taken. The Pocket Ben I didn’t realize was a Westclox Ben when I bought it until after I got home and looked closer lol, I picked it up because I like the color and it read on the Haak SMG2. 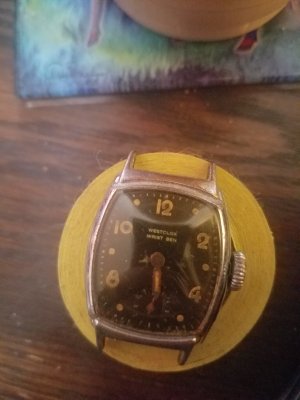 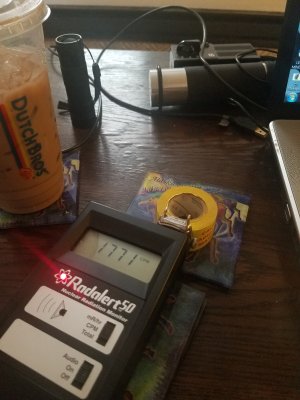 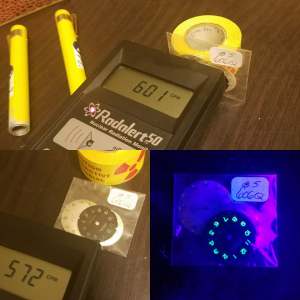 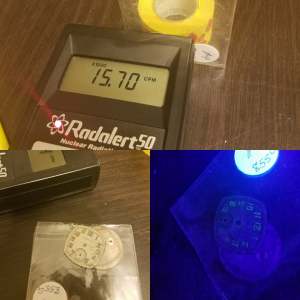 Above: Both pics, some watch faces I found at a little shop in Richland, WA. They read on the Haak so I picked them up; turns out the one one the right is one of the hottest items I own lol. Hot of course is relative- as long as I don’t swallow it, it won’t hurt anyone just sitting in my collection. 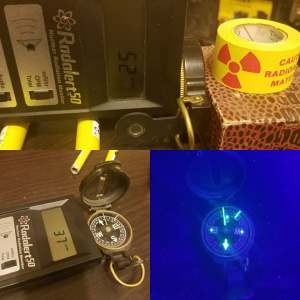 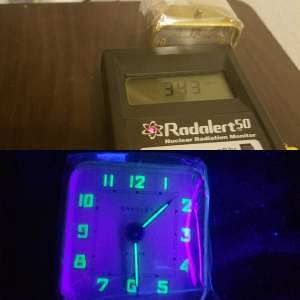 Above: An old military compass with radium paint. Right: Little square clock that I think I picked up in Richland, WA with the watch faces. My wife and I went to Richland to visit Hanford’s B Reactor where they made Plutonium for nuclear bombs. That’s a post for another day! 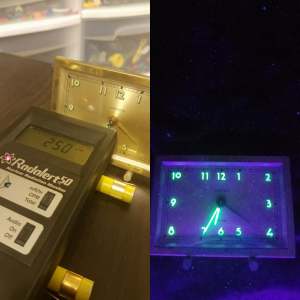 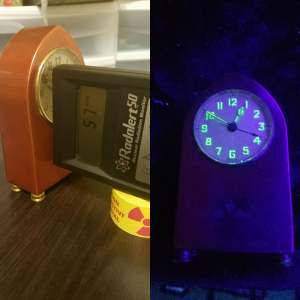 Above: A couple more clocks. I picked up the red one on the right at an antique store in Dayton, WA, and the owner told me that they have a larger one at home that matches it that they’d sell me if I was ever interested. 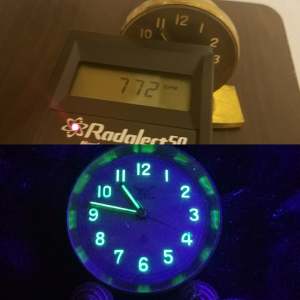 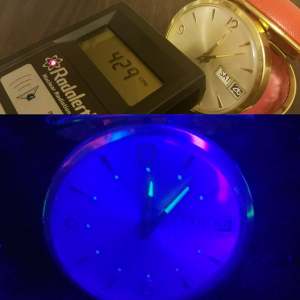 Above: More clocks lol. The one on the right is a travel clock; it folds into itself in a red hard case. I bought it from an online friend when I was first getting into this hobby. 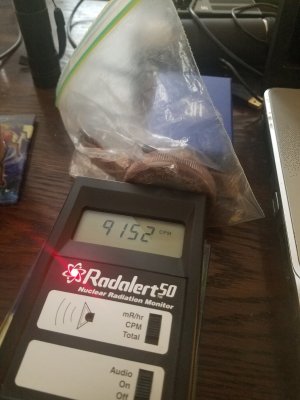 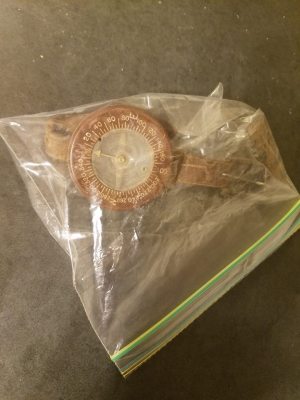 Above: A WWII Paratrooper’s compass (so I’m told). I picked it up at an antique store in Walla Walla, WA, and I’ve seen one since, though I don’t remember if I saw it in Boise, ID or if I saw it online… 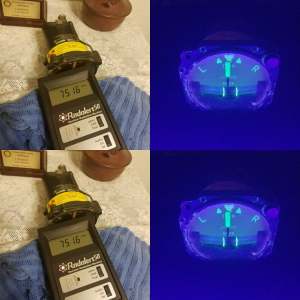 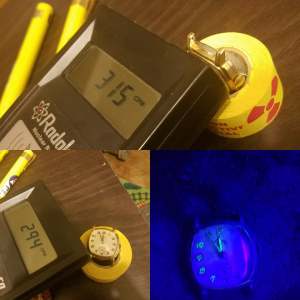 Above: A Turn Bank Indicator from a WWII airplane, I’m told (and based on when radium was used, I tend to believe it when people tell me this). I bought it from an online friend, and he was nice enough to throw in the larger Uranium Ore sample I have! Right: a watch I got in a batch of watches; I kept the rad ones and gave the rest to a friend. 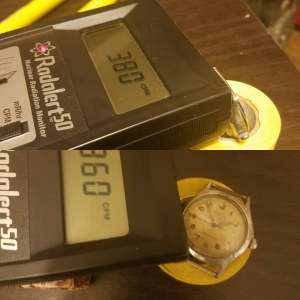 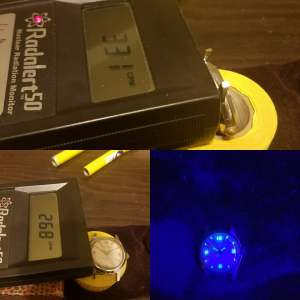 Above: Two more watches, I believe these both also came from the first batch I bought. No blacklight picture of the left one because it doesn’t glow enough anymore. 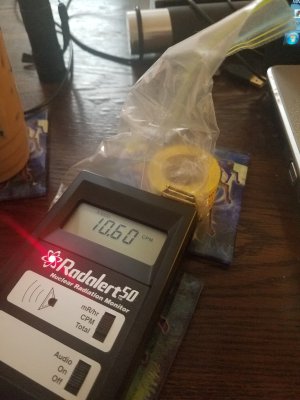 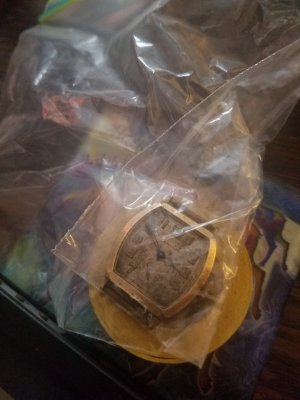 Above: Both pics, one watch. No glass cover so it reads hotter and it’s kept in ziplock. 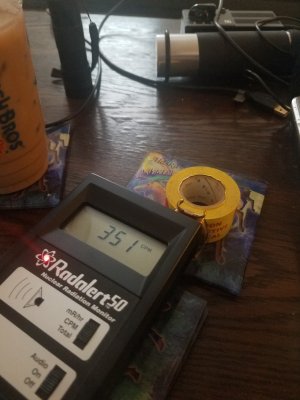 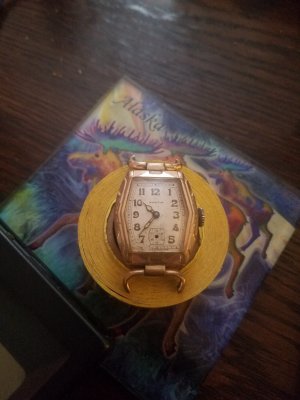 Above: Both pics, same watch. 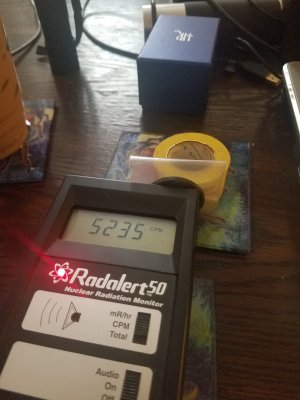 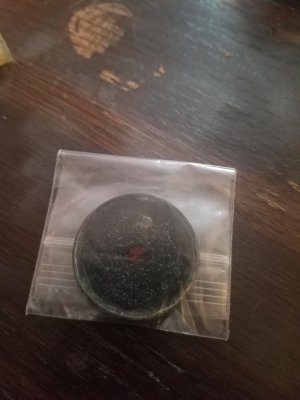 And as a special guest spotlight, a radium disc sent to me by Mark R! He sent me this and another test source to take Gamma Spec with a probe he sent me in an effort to see if the graphing issues I’m having are caused by my probe or not. With this probe and these sources we can be sure that we’re using the same hardware (with the exception of computer soundcards). The graphs I made this weekend are spot-on to where they should be, and Mark has my probe for testing and diagnosis.

That’s all of my radium sources, I have more sources to post soon but tonight it’s getting late and I have to work tomorrow. Thanks for looking!